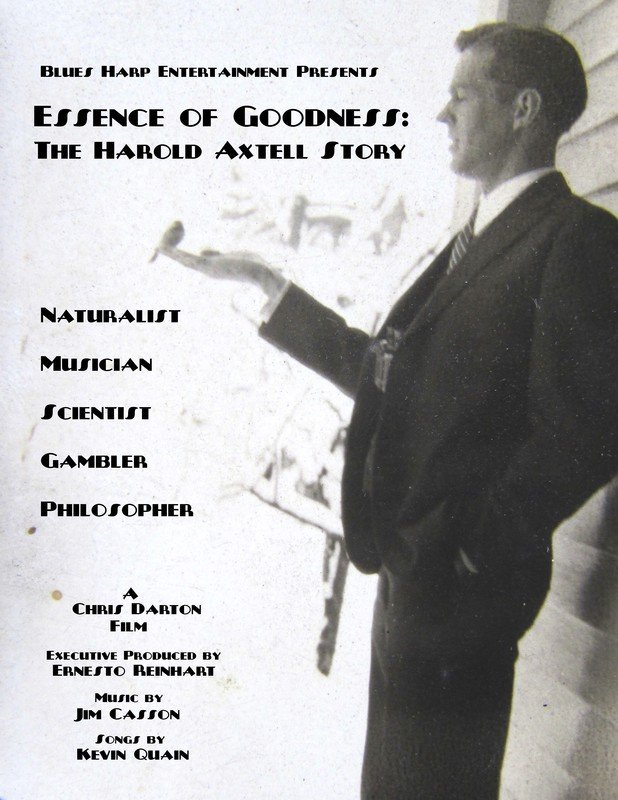 Documentary film on the life of Dr. Harold Axtell, raised in an abusive family he went on to play trombone in the Isle O’Blues Orchestra and tour the world. When the music ended, Harold got his BA and Ph.D at Cornell University and went on to become one of the leading Naturalists/Ornithologists in North America. The legacy he left behind of memories, letters, diaries, notes and photos reveal a man of great philosophy, depth and a passion for life.