RNCI Red Nation International Film Festival (RNIFF) – the Authentic Voice of American Indian and Indigenous Cinema – is the largest Native film festival in the country and was the first Native film festival in Los Angeles. RNIFF routinely secures top Native films and is dedicated to increasing the visibility of American Indian and Indigenous storytellers and artists in the entertainment landscape.

RNIFF screens films and events for more consecutive days than any other film festival, including Tribeca, Sundance, TIFF, AFI or Cannes. The festival is held for fifteen and showcases features, documentaries, short films, student films with a spotlight on Indigenous films directed by Women, and that are either produced/directed/written by or star Native talent or the subject is related to the American Indian and Indigenous experience.

The Festival features the only film competition in the world that offers guaranteed distribution of American Indian & Indigenous Award winning independent films, as well as films that screen at the festival to include a broadcast television release in partnership with Red Nation Television Network™, a global provider of streaming movies and TV series and soon to be announced Festival’s native films televised on a Cable server provider. 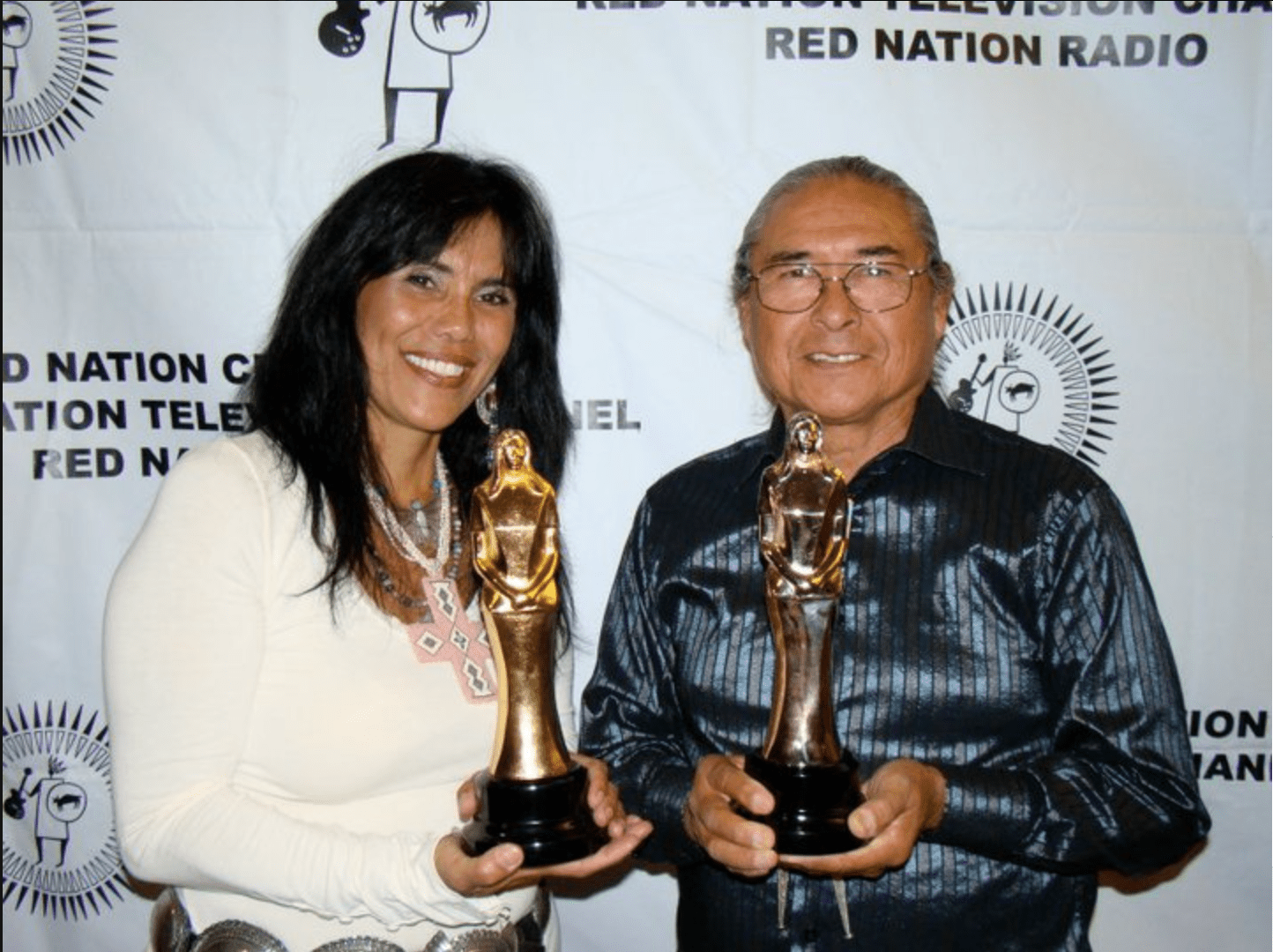 The Festival, is a program produced by Red Nation Celebration Institute™, takes place annually in Los Angeles, during the month of November in celebration of American Indian Heritage Month™.  Estimated 2020 [Digital] 75000+ attendees and globally 10 million+, it is the largest independent native film festival in Entertainment Capital of the World.

RED NATION INTERNATIONAL FILM FESTIVAL (RNIFF) is the first American Indian & Indigenous Film Festival in Los Angeles founded in 1995. RNIFF was the first to establish a “Red is Green” Carpet event placing American Indians on the Red Carpet in 2009 with an exclusive screening of ‘New Dawn Twilight Saga‘ in partnership with Summit Entertainment.

Each year a “Red Nation Honor Drum” is given to individuals who use their voice and put themselves out there to make a difference.  The drum represents the Heart beat of all living beings.   Each recipient is given this gift in honor and recognition of the hard work they do on behalf of American Indian’s in media, social justice, the arts, environment,  human rights, career accomplishments in the arts, volunteerism, and cultural affairs. “Red Nation Drum™”

VISIT these links below for more information: